When I was about eight or nine, I went through a stage of being obsessed with the Victorians. I wanted to dress like them, behave like them and live like them (that is the aristocratic Victorians, not the other 99% of people living in squalor). I now know that wearing a ballgown for breakfast is not the coolest thing to do, but I still love period clothing. Every time I watch a period film, the first thing I notice is the costumes.

I had previously been a passive admirer of beautiful gowns and hair and makeup however, I was an extra in a period film myself and met some extraordinary behind the scenes crew members. Despite not even making the cut, I had to go to a costume fitting, a hair trial, and on the day spent about 2 hours in hair and makeup before finally getting onto the set. 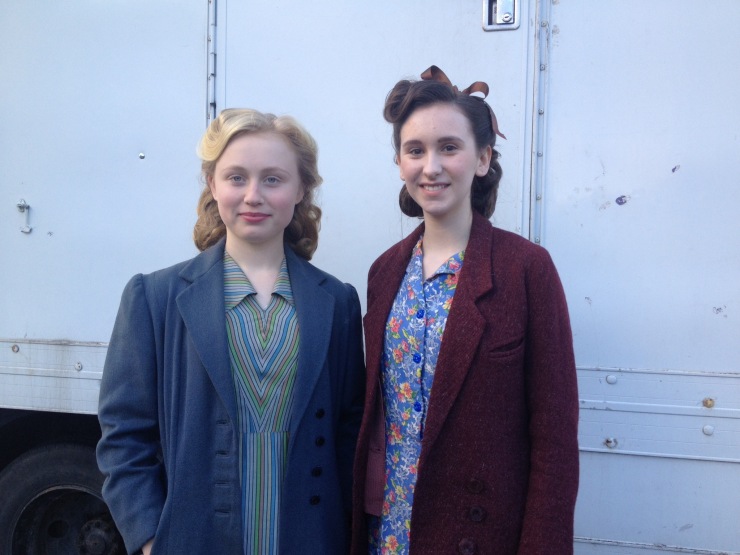 Throughout all of this I met people who had worked across the globe (and most impressively to me on Downton Abbey!). I absolutely loved the process and both days were so exciting. Since then I have concentrated much more on the creative process behind the so effortlessly stylish actors we see on screen.

I have been drawn to three period films in particular, having unintentionally watched them all within about a two week period;

Of course, I’ve already talked extensively about Café Society, but I thought it deserved more praise. It encapsulated everything that I imagined of the 1930s. However, the other two films did surprise me. The costumes did not reflect the images in my mind.

In Coco Before Chanel, through the very modern looking costume, it was brought to my attention that the woman behind Chanel reinvented fashion irreversibly. The reason why the costume felt so familiar was because we are still wearing her classic designs and sense of style today. At one point she wears a black and white striped boxy shaped top, of which I have many in my own wardrobe. She, unbeknown to me, was an incredible feminist. She was one of, if not the first to wear trousers for riding because of its practicality over a dress, she rode the horse ‘like a man’ i.e. not side saddle (shock horror!) and she ultimately made androgynous style acceptable. 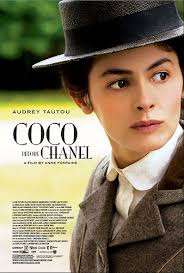 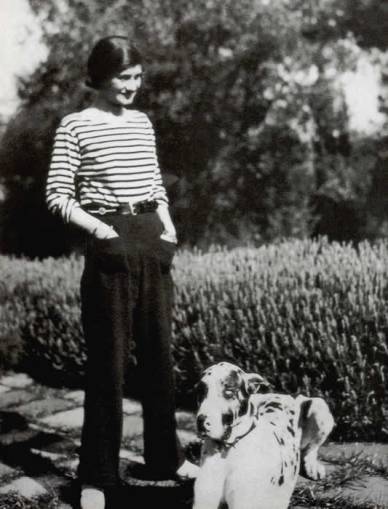 The costume design in Far From The Madding Crowd also shocked me. This film is based on the book by Thomas Hardy, written in the Victorian Era (so obviously I was hooked). The protagonist, Bathsheba Everdene, is very progressive thinking and a definite feminist. That, for one thing, was very controversial at the time the novel was first read and therefore the vibrant and quite modern looking costumes perhaps creates a similar shocked reaction amongst a modern audience. The films’ costume designer, Janet Patterson, said that despite our perception of period costume being sepia coloured, people actually wore very vibrant colours. So, because this image of period costume isn’t showcased widely in period films, it feels very controversial and modern in Far From The Madding Crowd. But it actually more accurately reflects reality.

Having researched two films that I thought showcased very progressive costume design for a period film, I decided to research Café Society’s costume. I didn’t question it as I did with the others but I did notice it. I was in awe of its beauty and how chic the actors all looked. To my surprise, I learnt that the costume designer, Suzy Benzinger, re-made Chanel classics from the 1920s. The jewellery in particular is worn throughout the film by Kristen Stuart and Blake Lively. My sketch below shows Kristen Stewart wearing a stunning Chanel designed necklace and earrings. The shapes that the jewellery forms are so elegant and accentuate every beautiful curve of the body. There are no harsh shapes within any of the costumes throughout the entire film, perhaps why I love the elegance of the early 20th Century so much. 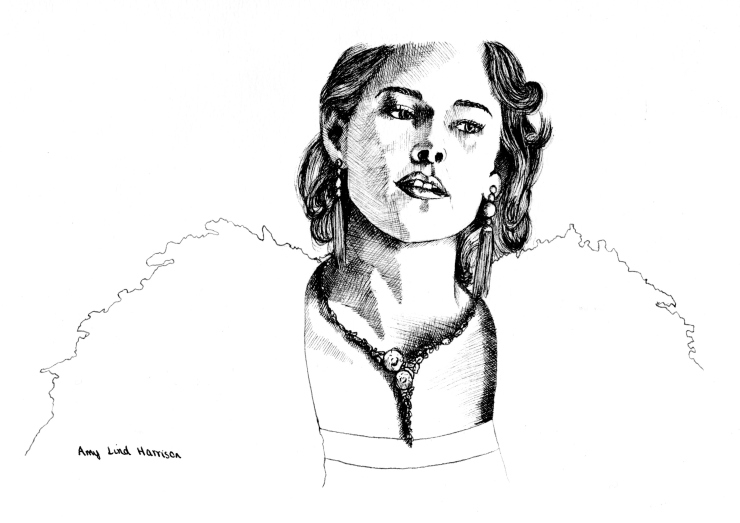 I would love to hear about any other films with particularly beautiful costume design, even films set in the present. Can modern costume design be as beautiful?